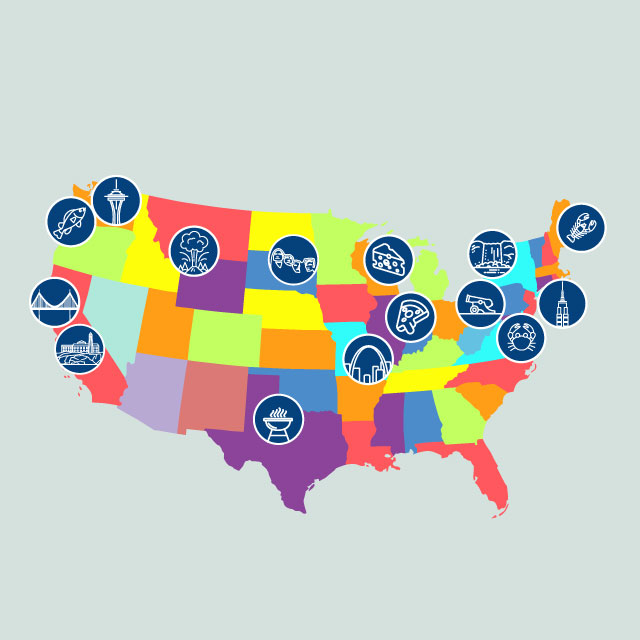 How Well Do Americans Really Know Their Cities’ Landmarks?

Consider yourself an expert in your locale? As much local pride and know-how you possess…it may not be as much as you think!

Zipcar (in conjunction with OnePoll) recently conducted a survey on summer travel. And despite more than half (54%) of the 2,000 American respondents reporting that they crave more spontaneity in their lives, only one in four admit to have visited the biggest attraction within 30 miles of their doorstep!

It’s not that their wish lists are empty. Fifty-five percent admitted they have a local landmark they want to check out…but haven’t yet. That includes their local library (53%), plus nearby restaurants they’ve been meaning to dig into (80%).

When it comes to consuming iconic regional cuisines, it’s not just the eateries, but even the delicacies that are still on the table. Of Midwesterners, 49% haven’t eaten Chicago pizza, while 59% of Northeast residents have yet to crack a Maine lobster.

Many national treasures have also yet to be explored; 23% of all respondents—from all regions—haven’t been to even one iconic U.S. landmark. When it comes to specific sites, eighty-six percent of respondents have never been to Gettysburg National Military Park, while 72% have never seen the Grand Canyon. (That’s big!) Seventy-eight percent haven’t managed to see the National Mall in Washington, D.C., while seven in ten Americans haven’t been to the Empire State Building.

Overall, 52% of respondents wish they travelled more frequently. So what’s stopping them? According to our survey, a lack of reliable transportation, traveling companions, finances, and time are at the root. While we can’t help with all of those causes, a little thing called car sharing can certainly help on the transportation side… Here’s wishing you many happy trails this summer as you explore your neighborhood—and beyond!