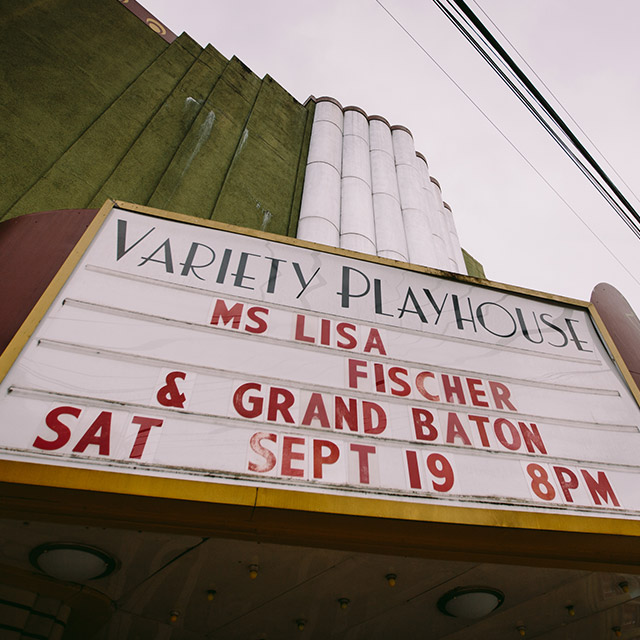 There’s Never Been a Better Time for Music in Atlanta. Here’s Why.

We hear that Cleveland rocks, but we’d like to throw in a vote for Atlanta, too.

Sure, when it comes to the music industry, cities like New York and Los Angeles may be hailed for their big business. But it doesn’t take dozens of big labels to become a major destination for musicians—and their fans.

From country music’s beginnings in the 1900s to rap’s revolution in the ‘90s, Atlanta is steeped in music history. And with its current multi-genre renaissance (we’re talking oodles of quality festivals, venues, shops, and recording spaces), it doesn’t show any sign of stopping. Read on for a multifaceted guide to this ever-evolving music scene.

Atlanta’s music community is as diverse as its neighborhoods, which operate as microcosms of the larger bustling scene. On the outskirts of the city, the Decatur area is home to Eddie’s Attic, a nationally recognized listening room known for launching the careers of songwriters and performers like John Mayer and Jennifer Nettles. Thanks to a longstanding policy of discouraging audience members from burying their heads in phones (let’s keep these performances *unplugged*) or chatting through a softer set, the quiet space offers a respectful atmosphere for singer-songwriters and foot-stomping folk. Punctuating a regular schedule of headlining talent is the venue’s open mic, a weekly competition that culminates in a bi-annual Songwriter’s Shootout, which pits winners of the weekly competitions against one another for the winning title and $1,000.

For major acts, Variety Playhouse is the place to be.

The Little Five Points district, regarded as a hotbed of creativity in the city’s art scene, is as likely to play host to a spontaneous drum circle in the street as it is sold-out show in one of its several venues. The Star Community Bar—“Star Bar”—has turned a remodeled bank into a rite of passage for local acts, featuring a rotating lineup of comedians between regular punk and rock-n-roll shows. Variety Playhouse, a 1940s cinema-turned-venue just down the street, has welcomed national touring acts for over two decades.

One of the neighborhood’s newest additions is Aisle 5, a much-needed mid-sized general admission room. The venue opened in October of 2014 in the hallowed spot of L5P staple The Five Spot after a group of local promoters purchased the defunct venue and made repairs and renovations. Now, Aisle 5 offers a supportive environment for Atlanta’s up-and-coming talents (of which there’s no shortage) to find an audience (ditto).

For indie acts (like Sir Sly, pictured above) and tasty grub, The EARL never disappoints.

If Little Five Points is the go-to recommendation for tourists looking to dip their toes into the arts, nearby East Atlanta Village is a local’s next frontier. While many of the restaurants and bars in this area regularly feature live music and local DJs, The EARL stands out as an institution for up-and-coming national touring acts and established local names. A regular spot for Atlanta and Athens bands’ album release parties, The EARL’s divey digs serve up a surprisingly tasty burger and boast an affordable brunch, with live bluegrass music to boot. After the show, keep the party going. Walk down the street to Graveyard Tavern for a regular schedule of local and national dance acts and DJs.

After an encore at The EARL, keep celebrating good tunes and times at the nearby Graveyard Tavern.

As Atlanta’s Old Fourth Ward neighborhood continues to draw developers seeking to capitalize on its central location and vintage architecture (with projects like Ponce City Market), music venue The Masquerade was hip to that trend long ago. Given new life after its beginnings as an industrial facility in the 1900s, this former mill now holds three levels of clubs—affectionately dubbed Heaven, Purgatory, and Hell—with varying capacities.

And while venues like The Masquerade, Variety Playhouse, and Star Bar have been using repurposed spaces for decades, the revival of historic and rundown spaces is far from over. Just take a look at Downtown Atlanta’s Georgia Railroad Freight Depot, a multi-use space remodeled in 1989 that took pause from its usual lineup of luncheons and weddings to host acts like Big K.R.I.T. for the second annual Raurfest this summer and seems to hold the possibility for much more.

On the other side of the spectrum lies the burgeoning underground (and somewhat unconventional) scene at The Cleaners, a small Lakewood venue that’s popped up in—you guessed it—an old dry cleaning building, to give voice to the city’s poets and musicians. Even hosting its own DIY festival “Lakewoodstock,” The Cleaners and its ilk provide a glimpse of the possibilities awaiting a city full of overlooked architectural gems and brimming with eager talent.

A trip to multi-leveled Masquerade means triple the music choices, all in one handy spot.

Atlanta’s central location and easy travel options have made it a popular destination for national festivals, too: New York City’s AfroPunk Festival will expand into Atlanta with a new festival this October that boasts acts like D’Angelo, Flying Lotus, and Santigold on its inaugural lineup. The festival’s core values of acceptance and celebration of marginalized communities fit in with more localized projects like Ladyfest Atlanta, an independent not-for-profit that gives a voice to women and gender non-conforming people by creating awareness through art and music.

Not all of the big-box festivals are imports from other cities, though—A3C Festival has called Atlanta home since its birth in 2005, having since grown into the largest hip-hop festival in the Southeastern United States. While that’s no small feat, it’s not a stretch to see why the enterprise has done so well. Atlanta is at the center of the hip-hop music business, and while recording facilities launched by established names—for example, Outkast’s Stankonia Studios or 2 Chainz’s Street Execs Studio—there’s a supportive community for the city’s next stars, too.

Perhaps the best example of the community’s effort to extend support to fledgling creators is Wonderroot, a non-profit arts and service organization founded in 2004. (All superstars start somewhere!) In addition to funding youth programs and connecting established artists with underprivileged communities, the group opened the Wonderroot Community Arts Center in 2008, offering access to recording facilities and a performance venue, as well as photography and visual arts resources for a small monthly or annual membership fee. The center offers recording classes on a donation-based fee system, lowering the barrier of entry into the arts—a field usually reserved for those with the means to invest time and money into costly equipment for classes and facilities—and encouraging voices from all backgrounds to be heard.

Owned by one of the co-founders of Record Store Day—and featuring bins of quality vinyl—Criminal Records is a double shot of music history.

A large part of cultivating a welcoming atmosphere for music makers is cultivating a welcoming atmosphere for music listeners, too. Established record stores like Wax ‘n Facts and Fantasyland offer sanctuary for the vinyl-curious, and Criminal Records—perhaps Atlanta’s best-known record shop—has even extended its affection for analog beyond the city limits.

In 2007, shop owner Eric Levin got together with a couple of like-minded music geeks and co-founded Record Store Day, a bi-annual celebration of independent record shops that has become a fixture in release schedules and a noteworthy day on any music lover’s calendar. Now celebrated internationally, Levin sets the bar high for the celebration at his own shop each year by scheduling live performances from the likes of Charles Bradley and The Whigs, with an equally all-star lineup of local refreshments to satisfy hungry record seekers.

Record Store Day is far from Atlanta’s only musical export, but the passion that sparked it—and the continued perseverance of its makers—are a glowing example of the way the city’s creatives can innovate well beyond the Peach State. As its reputation for music continues to grow, the Southern city’s established venues and traditions have only grown stronger, and will no doubt continue to do so.

What’s your favorite venue or shop in Atlanta? Tell us where you get your local groove on in the comments below.