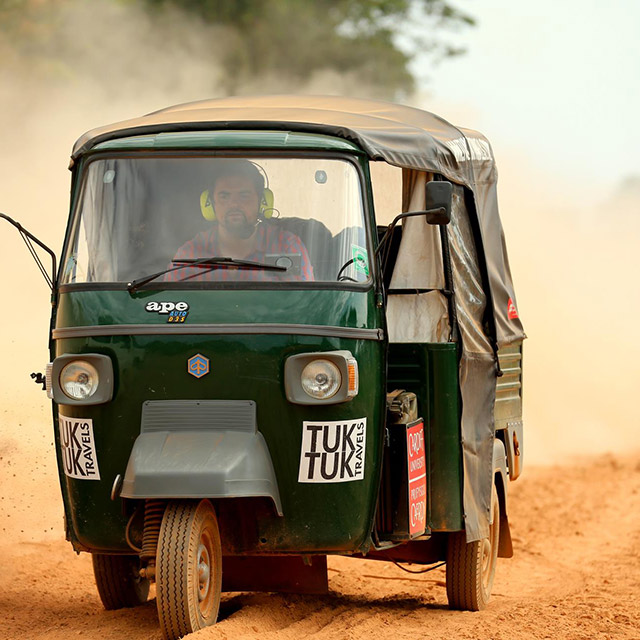 The Weirdest and Wackiest Ways People Have Traveled

Throughout history, humans have defied the odds (and sometimes physics) to get from point A to point B. Elon Musk’s quest to build a Hyperloop between NYC and D.C. seems like fantasy today, but down the road, automobiles may become as quaint as covered wagons.

Back in the old days, travel pioneers achieved the impossible. From a hot air balloon over Paris in 1797, Andre-Jacques Garnerin made the first high-altitude parachute jump. In 1894-95, Annie Londonderry bicycled around the world—the first woman to do so, and a staggering feat in an era of poor infrastructure, navigational tools, and attitudes towards women.

Londonderry wasn’t the only female travel entrepreneur. In 1901, Annie Edson Taylor became the first person to barrel down Niagara Falls and live to tell about it. In the ‘30s, wingsuit flyer Rex Finney dazzled crowds as a “human flying squirrel.” To greater fanfare, Charles Lindbergh flew solo across the Atlantic nonstop.

Fortunately, travel has gotten easier than attaching a sailcloth to your pants, yet modern adventurers still find unusual ways to get around. Here’s a look at those whose wanderlust led to quirky journeys or world records.

Before machines, man ran on two feet—with some accessories. For just over three years, Bob Hanley pushed a wheelbarrow 9,000 miles around Australia in the 1970s. Loaded with food and clothing, the wheelbarrow was a tipsy burden that wore through 20 pairs of shoes. The undertaking preceded pedometers and Instagram, but at least Hanley rolled into the Guinness World Records book.

Hanley wasn’t the only Aussie who fancied a long walk. Around the same time and in the same country, Robyn Davidson trekked 1,700 miles across the inhospitable outback with four camels and a dog. She battled natural dangers, machismo, and self-doubt. A photographer from National Geographic accompanied her part of the way, leading to a little romance. Davidson’s book Tracks was turned into a dramatic film.

Walking with animals is as old as Moses, but crossing a continent with a donkey earned Jonathan Dunham a profile in The New York Times. As a substitute teacher in Portland, OR, Dunham wanted to find the meaning of life. So he started walking south, rejecting materialism along the way. In Mexico, he was gifted Judas the donkey and continued hoofing it through Central and South America, subsisting on $2 a day.

Some power walkers don’t need animal companions. In 2010, Matt Green stepped away from Rockaway Beach, NY en route to Rockaway Beach, OR. He left a civil engineering job (road designer, ironically) to walk across America because walking made him happy. Now back in NYC, Green is still steppin'—8,200 miles and counting—on pace to traverse every street in the five boroughs.

I want to ride my bicycle…

NYC is an urban paradise for walking and biking, now with 425 miles of protected bike lanes. Among the many he-must-be-crazy long distance bicycle adventures, the author himself undocked a shared Citi Bike in Manhattan and pedaled 3,000 miles to California to see America slowly. The journey was so transformative that after the five-month ride, he moved from Brooklyn to Oklahoma.

For some cyclists, two wheels is one too many. Enter Ed Pratt, a young Englishman circumnavigating the world on a unicycle. He’s balanced his way through Europe, Turkey, the Caucasus, Kazakhstan, Kyrgyzstan, China, Southeast Asia, and now Australia.

If that doesn’t sound comfortable, you could always put a couch on it. Photographer and filmmaker Ben Sadd pulled a three-seater sofa on a bike between two cities in southern England. Excess baggage for sure, but at least he always had a place to crash for the night.

Comfort wasn’t on the mind of Rinker Buck, a writer and historian who wobbled west in a restored prairie schooner covered wagon to follow the Oregon Trail—not in the mid-1800s, but in 2011. His brother and three mules came long for the ride, which is now a book.

Put a motor on it

Bumping along with wooden wheels sounds rough, but even modern modes can be less than luxurious. Travelers to Thailand know that a taxi ride in a three-wheeled tuk tuk is part of the adventure. Two British teachers promoting grassroots education projects drove one through Asia, Africa, and South America. In the Peruvian desert—and just 43 miles short of the Guinness World Record set by two Germans who tuk tuked home from Thailand—the teachers broke down and had to push 1,700 pounds of dead weight until a mechanic got them back on track. The good news? They achieved the new record.

And finally, cutting grass is ordinarily a domestic chore confined to a yard. However, retired truck driver Gary Hatter had other ideas, riding a diesel-powered lawn mower across 48 states, Canada, and Mexico at a leisurely nine mph over 260 consecutive days. The motive, oddly enough, was to raise money for back surgery.

The next time someone says you can’t get there from here, summon the strength of these wacky but intrepid travelers and find a way. And let us know of your favorite unusual travel stories in the comments below!