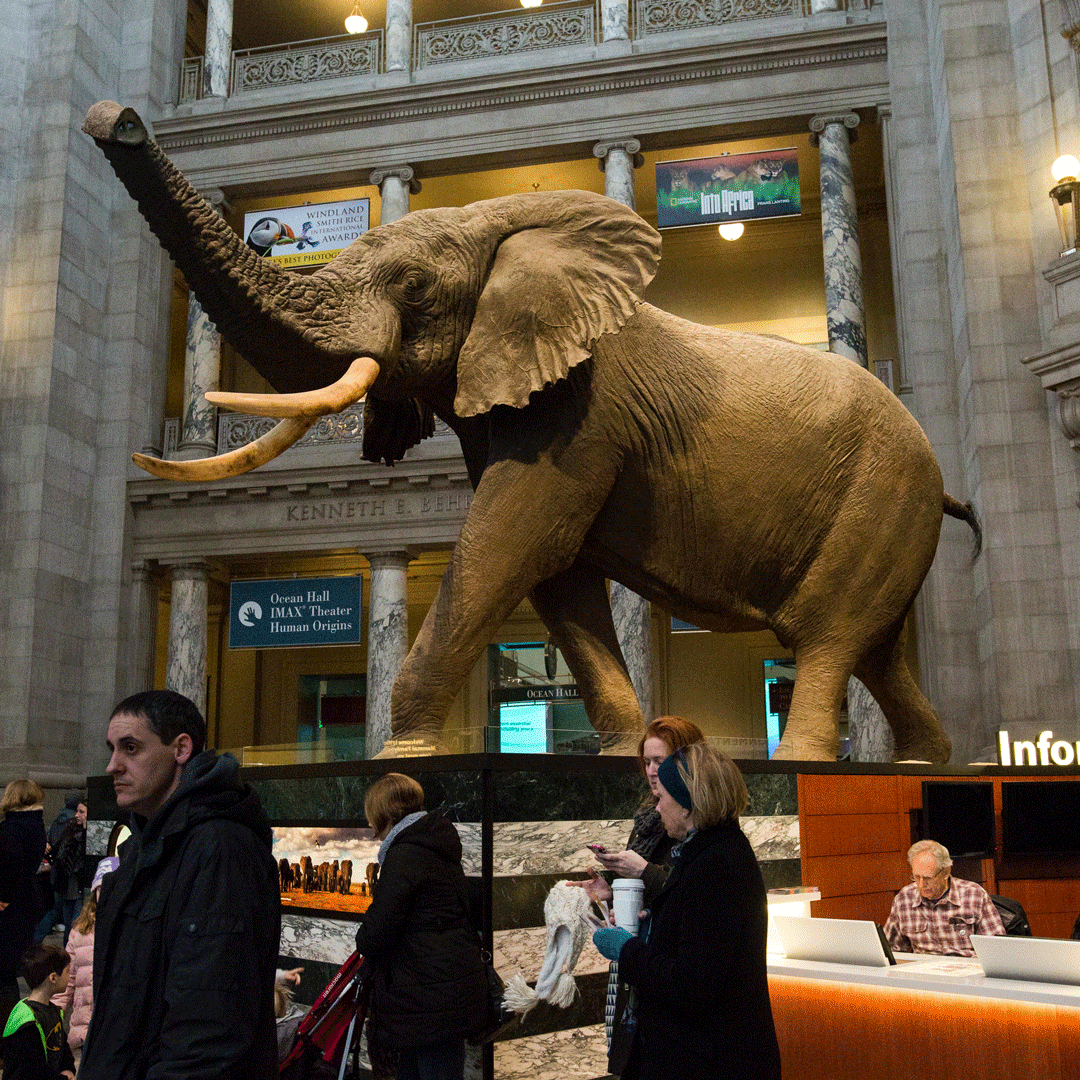 Your Guide to Exploring D.C. for Free (Really)

Washington, D.C., is one of the most popular tourist destinations in the world. And for good reason. With centuries of nation-making history and culture imbued in every block of this city, one could spend a decade here without ever fully seeing it all.

Better yet: Thanks to your federal tax dollars, it’s incredibly easy on the wallet to explore! Check out some of our favorite free things to do in D.C., divvied up by category for your itinerary-making convenience. And, heck, make a Ziptrip out of it. (Fun fact: You can park your Zipcar at any legal curbside space in the District of Columbia for free.)

The Kennedy Center is the busiest performing arts facility in the United States and annually hosts roughly 2,000 performances. A beautiful building set right on the bank of the Potomac River, its Millennium Stage hosts free live shows every evening at 6 PM.

Get your culture on at the esteemed National Gallery of Art.

The National Gallery of Art

The National Gallery was privately established in 1937 by a joint resolution of the United States Congress, while Andrew W. Mellon donated a substantial art collection and funds for construction. Its collections of paintings, photographs, and sculptures span from the Middle Ages to the present, including the only painting by Leonardo da Vinci in the Americas. Make sure to check out the attached sculpture garden!

The Phillips Collection of modern art is a true classic.

Founded in 1921 by Duncan Phillips and Marjorie Acker Phillips, the Phillips Collection in Dupont Circle is housed in a Georgian Revival house dating to 1897 and is America’s first museum of modern art. It features a permanent collection of almost 3,000 works by American and European impressionist and modern artists, and is free of charge Tuesdays through Fridays.

The Woolly Mammoth Theatre Company is a non-profit theatre company located in the Penn Quarter that puts on newer plays that are usually a bit left of center. They offer pay-what-you-can seats for the first two performances of every mainstage production (usually Monday or Tuesday), and to let the theatre's artistic director and co-founder Howard Shalwitz sell it, "We want people to leave Woolly feeling that they’d had an experience that is something original and different and fresh, one that asks them to think about something or look at something in a new way.”

Walk and learn with a self-guided neighborhood tour.

Want to explore more than just one building? You can download maps and check out the multitude of trails that cover historic D.C. neighborhoods, like Adams Morgan and Eastern Market. Make sure to check out the plethora of signs along the route, which feature amazing stories and photos.

The Smithsonian’s collection is nothing short of epic.

The Smithsonian Museums and Galleries

There are 19 museums and galleries (not to mention the zoo) under the Smithsonian Institute’s banner, which boasts 138 million artworks, artifacts, and specimens in its overall collection. Some of the most popular haunts are the National Air and Space Museum, National Museum of Natural History, and the National Portrait Gallery.

The second largest library by collection size (the largest being the British Library), the Library of Congress is the research library that officially serves the United States Congress. It is the oldest federal cultural institution in the United States and includes research materials from all parts of the world and in more than 450 languages.

Sitting aloft Capitol Hill in its distinctive neoclassical style, the U.S. Capitol Building is the seat of the United States Congress and one of the signature landmarks of the city. It offers free hour-long tours, but make sure to plan ahead by booking a tour pass online.

Want to impress the tour guide with some trivia? In the basement of the Capitol building are two marble bathtubs, which are all that remain of the once elaborate Senate baths, a spa-like facility designed for members of Congress and their guests before many buildings in the city had modern plumbing. Fancy!

It doesn’t get much more patriotic than a visit to the National Mall.

Known colloquially as America’s Front Yard, the National Mall is a 3-mile-long lawn that receives 24 million visitors each year. It’s a perfect place to spend an afternoon downtown, and if you’re feeling competitive, there’s always a casual softball or kickball game that needs someone to play shortstop.

Politics & Prose is an independent bookstore located in Chevy Chase, whose author events have attracted such famous speakers as Bill Clinton and J.K. Rowling. All in-store events are free and open to the public, and they happen multiple nights a week.

Urban park isn’t an oxymoron when it comes to the nature-ific Rock Creek Park.

An urban park that bisects the Northwest quadrant of the city, Rock Creek boasts more than 3 square miles of running trails, picnic and sports grounds, and even an equestrian center with 57 stalls, two outdoor rings, and an indoor ring.

Breathe in some serious flower power at the United States Botanic Garden.

The United States Botanic Garden is on the grounds of the United States Capitol and is the oldest continually operating botanic garden in the country. It is home to almost 10,000 living specimens—some of them over 165 years old.

Give into animal magnetism with a visit to the adored National Zoo.

In 1889, Congress created the National Zoo “for the advancement of science and the instruction and recreation of the people.” Over 120 years later, it remains one of the city’s most beloved treasures. It has been home to giant pandas since Hsing Hsing and Ling Ling arrived in 1972, and in 2013, Washingtonians were delighted to welcome their latest cub, Bao Bao, to the world.

In town for the weekend? Stop at Eastern Market to stock up on fresh and handmade wares up the wazoo.

Housed in a 19th-century brick building, Eastern Market is a public market in Capitol Hill that has been held every weekend for over 136 years. (Whoa!) Between the fresh food and produce, handmade arts and crafts, and live community events, you can easily lose an entire day wandering around here.

Can’t choose which natural wonders to take in at D.C.? Wing it at the colorful Butterfly Pavilion.

Located inside the Museum of Natural History, the Butterfly Pavilion lets you get up close and personal with almost 50 varieties of butterflies. Yes, it is as magical as it sounds.