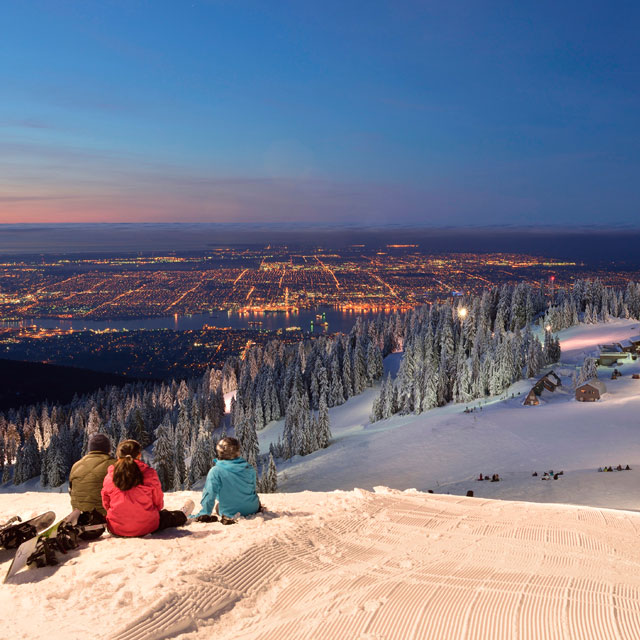 In our book, there are two ways of coping with winter. You can throw a duvet on your couch and rename it your “hibernation cave.” Or you can hit that snow and ice head-on. Time for a ski trip!

Whether you’re a pro or a first-timer, are sticking to a budget or wanna splurge, are ready for adventure or don’t want to head too far outta town, we’ve got you covered (snow-covered). These are six of the best ski trips to take right now, all of which promise invigorating, snowy adventuring. You’ll almost be disappointed when spring arrives. Almost.

Keep one eye on the snow (not easy, with views like this). Credit: Rip Zinger

One of the six biggest ski areas in the whole country, Mt. Bachelor offers pristine skiing and snowboarding conditions—and catches some serious snowfall each winter. For Portland-based culture vultures, visiting Mt. Bachelor is also an excuse to check out lively Bend. Sign on for a class at the Cascade Center of Photography to learn how to capture those mountain views. If you’re staying for a few days, you’ll also have ample time for some DIY après-ski on the Bend Ale Trail, featuring 20+ local craft breweries. Ahh, frosty.

The best ski trips are those you embark on with friends, and Squaw Valley Ski Resort is aimed squarely at the millennial set. Once host to the Winter Olympics, the expansive retreat has more than enough space to accommodate big groups. And for those who like to let loose and socialize after the sun goes down, there are tons of bars and restaurants in the vicinity, plus a music festival, WinterWonderGrass, coming up later in the season. #Squadgoals? More like #Squawgoals (sorry).

Not all ski resorts require a long drive into the mountains. Take Grouse Mountain, which is just a quick bus ride from downtown Vancouver. It’s so close, in fact, that it hosts a popular, biweekly progression session called “Jam Over the City,” which invites locals to practice their slope moves while admiring the lit-up cityscape. Now that’s convenient.

The highest chairlift in North America? All the better to take in those Rocky Mountain views. Credit: Onfokus/iStock

A zip away from Denver, Breckenridge—or Breck, as it’s fondly known—is the perfect place to get acquainted with everything that makes the Colorado Rockies a snow lover’s dream. Home to the highest chairlift in North America, the ski resort covers five lofty peaks, four terrain parks, and eight bowls. And then there’s the superpipe, in case you wanna practice your alley-oops. (Also want to do some exploring around this pretty mountain town? Find some more of our fave things to do in Breckenridge, from craft beer to crêpes.)

Not a winter sports pro yet? Time to go to ski school. Credit: Vail Resorts

If your style’s more bunny slopes than black diamonds, never fear: Make 2016 the year that you finally conquer the slopes (or, you know, try out a few gentle runs). Northstar California has newbies in mind with its beginners’ area, adult ski and snowboard school, and “Big Easy” chairlift, which ferries skiers to some of the resort’s most accessible runs.

This UNESCO site is quite a commute…but it’s totally worth it. Credit: Banff Lake Louise Tourism / Paul Zizka Photography

As far as the best ski trips go, this is one that you’re gonna have to plan (and schlep) for. But Banff’s truly superlative scenery—this section of the Canadian Rockies is a UNESCO World Heritage Site, after all—makes a long journey worthwhile. Heck, it was even picturesque enough to serve as a filming location for The Revenant. Make like Leo, then, and get out into nature (just, y’know—without the bear attacks).