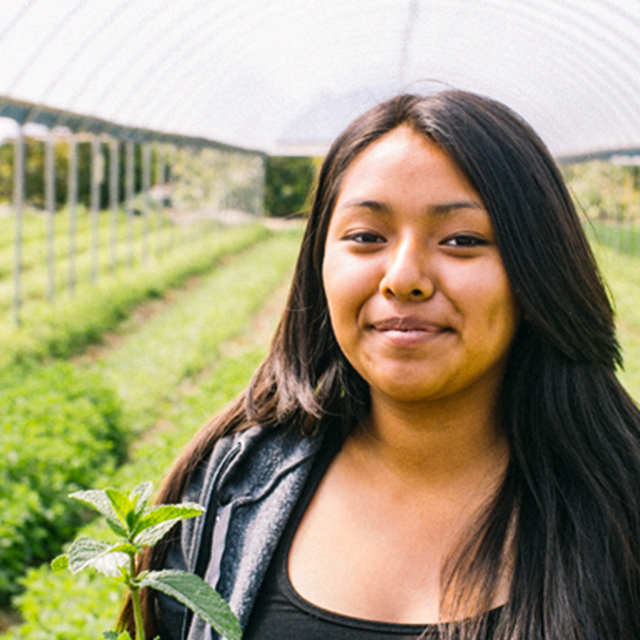 Pursuing Beyond Profit: 5 Businesses Working for a Good Cause

The concept isn’t new, but it’s evolving: good business involves good karma. Many companies donate a portion of their proceeds to charitable causes, others follow a one-for-one model, and some designate a few work hours every week for employees to volunteer.

But some businesses go above and beyond these traditional models to establish charitable organizations of their own. For those truly living the values that drive their everyday work, the most meaningful way to support their mission is through self-driven endeavors.

We found five success stories—ranging from an eco-cleaning service that teaches business skills to young entrepreneurs, to a mega-famous ice cream company that funds grassroots efforts for social change—showing that it pays to give.

The culinary artistry at Fig & Olive restaurants shows a deep knowledge of food. The eight locations from New York to Newport Beach serve thoughtful dishes based on “carefully selected farmers and ingredients,” which ensures seasonal produce and mindful farming practices.

Aside from exquisite plates, founder Laurent Halasz wanted to take a step beyond serving good food—he wanted to connect kids with how it’s grown. He established The Farm & Kitchen Foundation to empower teens in high-risk communities by teaching them to “grow food responsibly, work as a team, eat in a healthy way, and become accountable—to themselves, their fellow peers and to their employers.” The organization brings youth in LA and NYC to farms to learn how to grow food and teaches the social entrepreneurship needed to tackle issues of food security and community service.

The Be the Boss Bootcamp trains young entrepreneurs and gives them an immediate way to apply their business skills. Photos courtesy of the Detailing Knights

Detailing Knights provides on-site cleaning services for car-owners (and Zipcars!) at their homes and offices in the Toronto area. What makes them special? First, their method is entirely waterless. This eco-friendly process reduces water use by 99% compared to traditional models. Second, they have a mission to help young people fulfill their potential and achieve success.

When Ryan Knight founded his business, he lacked a community of black entrepreneurs and wanted to build a network. He realized that there were countless others feeling the same way, so he founded the Be the Boss Bootcamp, where high school and college graduates can learn skills to run their own businesses. “When Detailing Knights started to grow, we sat down and figured out we didn’t want just normal employees,” he shared. “We wanted to teach them how to operate a business, and not just sit around waiting for directions.”

“I had a rough upbringing coming out of high school,” Knight said. “You have all this potential, so I have a soft spot for kids in that situation.”

The camp gives teens the hands-on experience and business savvy they need to follow their passions and launch their careers. After the Be the Boss Bootcamp, they get their own zone, which they manage as a mini Detailing Knights operation. While it undeniably helps the community, it has also helped Ryan’s business. “The biggest thing that changed for us, is that initially we were environmentally friendly, but due to our community outreach, we were able to go through an assessment process to be B Corp certified [given to people that use business as a force for social good]. They introduced us to the living wage, which is more than the minimum wage, so we increased our entry-level wages.” It’s a clean benefit for all involved.

Programs get the wheels turning in social change and better urban mobility through Bikes Not Bombs. Photos courtesy of Will Daniels and Charlotte Fagan

Sometimes, the business and charity link happens in reverse. Just look at Bikes Not Bombs, a non-profit established in 1984 that donates bikes to international locations “for the self-empowerment of communities and individuals.” After a few years of efforts, BNB expanded—by staying close to home. Its new Earn-A-Bike program “teaches youth about bike mechanics as they rebuild a bike of their choices, which they get to keep.”

With a successful charity in tow, the founders then looked to a more traditional model: a brick-and-mortar business front. They opened the doors of the Bikes Not Bombs Retail Bike Shop in 1994 “as a way to provide jobs for locals (including graduates of their youth programs) and a way to use the skinnier road bikes that are donated but are not especially useful to their international partners.” As a result, the store brought in 47% of the organization’s revenue in 2015. Resourceful, self-sustaining, and beneficial to the community? It’s a win-win-Schwinn.

Dana and Josh Kretzmann had the vision to run a shared location for local companies, enabling them to “pool resources and help each other succeed as a whole, rather than struggling individually,” so they started Share Space. After attending a gallery opening that featured “outsider art”—made by artists experiencing an outside perspective of society—they chose to dedicate part of Share Space to art by New England-based artists with disabilities and mental illnesses.

“Since we opened Inner Space, the response has been amazing. People of all walks have embraced the gallery and what it means.” – Josh Kretzmann, Inner Space Outsider Art Co-Founder

So began Inner Space Outsider Art Gallery & Shop. Backers pledged the $9,000 fundraising goal on Kickstarter in just 32 days, ending in December 2015. Josh shared that “we decided to try to run the gallery as a non-profit so we could give back as much of the proceeds from sales as possible to the artists.” While the artists currently receive 80% of the sale price, Outsider Art hopes to establish another program that will help additional artists with disabilities.

In addition to their dozens of classic and inventive flavors, Ben & Jerry’s cares about more than scooping the best cones around. The famed company started in a renovated gas station in Burlington and the founders are dedicated to staying close to those Vermont roots. Looking for an official outlet to contribute to the local area and promote their values of equality and environmentalism, they turned to a foundation.

The business partners established The Ben & Jerry’s Foundation in 1985 to support grassroots organizations in the U.S. with the mission of “supporting non-violent, thoughtful and strategic approaches that are utilizing grassroots organizing strategies to work for social change.” Community leaders and teams apply for grants—but they must support local efforts in Vermont well-being or in national social justice, and operate below a budget of $500,000. A few years later, Ben and Jerry decided to put the power of the movement into more hands, creating an employee-led committee that chooses the recipients of the grants.

As they say, “it’s pretty amazing all the problems we can lick when we’re all in this together.”