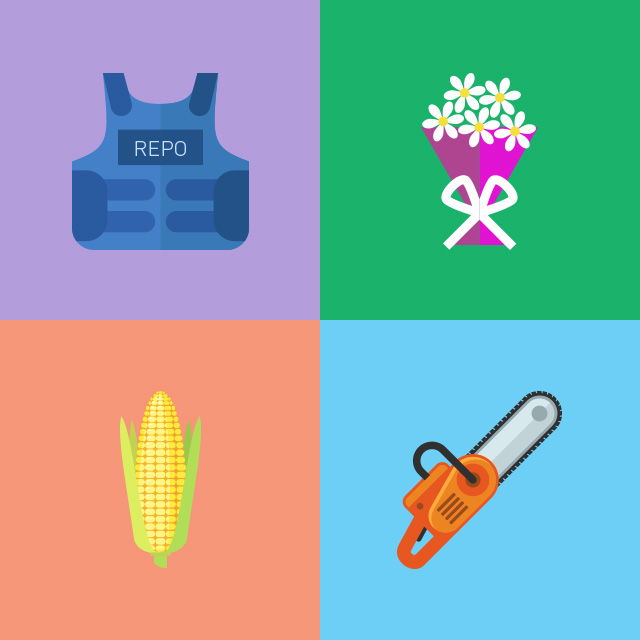 The Wackiest Summer Jobs We’ve Ever Had

Scooping ice cream, landscaping yards, stocking shelves, moving packages, and the proverbial flipping burgers all make up the panoply of jobs perfect for those with no experience and just a short season to work. Despite these gigs being pretty mundane and often filled with strenuous activity, most of us appreciate later (sometimes years later) the things they taught us. (Perfectly-folded shirts from a retail gig, anyone?)

There are among us those who remember their summer jobs with that same sense of nostalgia and appreciation, but with another bent as well: Unusual, odd, or just plain weird. These Zipcar employees experienced summer jobs that—while still putting a few bucks in their pocket and teaching them valuable lessons—have also given them a lifetime of great stories and the pride of being able to say, “Ya, I actually did that.”

From corn detasseling to repossessing cars, unusual summer jobs are a rite of passage.

It’s probably no surprise that many of our employees had summer jobs that were related to cars and driving.

Zipcar’s director of fleet operations and supply chain, Ryan Gramaglia, worked a summer job that gave him a chance to experience what it was like to get behind the wheel of all sorts of car makes and models—while driving other people’s cars. Well, technically a bank’s car: “At night I’d strap on a bullet proof vest and repo’d cars.”

Difficult as it was, Ryan still appreciates not only the skills of persistence he gained, but also the ability to resolve heated situations in a reasonable way.

Snagging a car is one thing, but building a car from the ground up takes a special kind of know-how. Boston’s fleet manager, Zach deBethizy, says “I worked for Joe Harmon and we built a wooden supercar.” Joining a team of industrial designers from North Carolina State University, Zach worked with materials that are foreign to most car designers like “balsa” and “cherry.”

Unlike people, not all vehicles are created equal, and for Nichole Kelly, manager of member acquisition, a summer spent at a golf club gave her a chance to try something new. Relegated to handing out buckets of balls to duffers practicing on the driving range, Nichole had her eye on driving the ball picker.

“After complaining that none of the girls ever got to drive it, I did get to drive it once. It wasn't as fun as I envisioned it would be. I ran over the yard markers in the field and got the ball collectors jammed up, which was a problem to try and fix when you're in an open field of people driving golf balls at you. I quickly understood why the picker is completely enclosed in a metal cage.”

While driving the picker wasn’t what she teed it up to be in her mind, to this day Nichole continues to try out new things at work and stand up for what she thinks is right. No metal cage required (so far).

As an arborist, Zipcar employee Matt Gorman scaled trees and wielded a chainsaw. (Don't try this at home.)

Having a summer job means you have some real spending money in your pocket, but many Zipsters found another “green” connection in their summer gigs.

Matt Gorman, the fleet operations manager in Denver, describes his job as an arborist as “hands down the hardest and most dangerous job I ever had.”

Maybe climbing trees, walking out on limbs, and setting up ziplines doesn’t sound that dangerous to you (if so, what does?!), but Matt was also carrying a chainsaw the whole time.

Still, he looks back fondly on the experience: “I learned just about every knot ever created and learned a lot more about camaraderie than I thought possible.”

“The summer going into freshman year of college, most collegiate basketball players didn't work at flower shops, but I did,”says Sam Richardson, inside sales representative for both Zipcar for Business and University accounts.

He learned how to create beautiful bouquets and arrangements, while also learning exactly what poison ivy looks like “after weeding all day in a batch of it—didn’t end so well.” Despite that, he credits the job for helping him develop his charming disposition. “I was a hit with the older women in town who had a green thumb.”

Bill Getman, a sales analyst, also held a role very close to the earth during the summers. A mid-westerner, as a teenager Bill worked as a corn detasseler. (A what now?)

Say “summer job” and “Arizona” and images of outdoor work in broiling heat immediately come to mind. However, Los Angeles–based Jason Kudlock, account executive for University, was able to find a cool summer job in the Valley of The Sun. Working for the MLB’s Arizona Diamondbacks as a camp instructor gave Jason a variety of opportunities that came with some high rewards. He traveled around teaching 5–13-year-old aspiring baseball players the “Diamondbacks Way.”

His biggest thrill was “watching them light up when they made the correct adjustments, became competitive with each other, and just had fun and enjoyed the beautiful game of baseball.”

What were your most unique summer jobs? Share your stories in the comments below.