Today, Zipcar released the findings of a new study conducted by KRC Research, revealing that Americans are spending twice as much as they think on their personal cars.

Survey respondents reported spending $345 a month on their personal car, while a AAA survey shows they’re spending more than twice as much ($706 monthly).

The discrepancy highlights the hidden costs of ownership that are often overlooked, including gas, maintenance, insurance and parking.

Zipcar offers an alternative to the high cost of car ownership, with members reporting an average savings of $600 per month. Plus, our members walk, bike and take public transit more often after joining. And since each Zipcar takes 13 personally owned vehicles off the road, it’s also better for the environment. 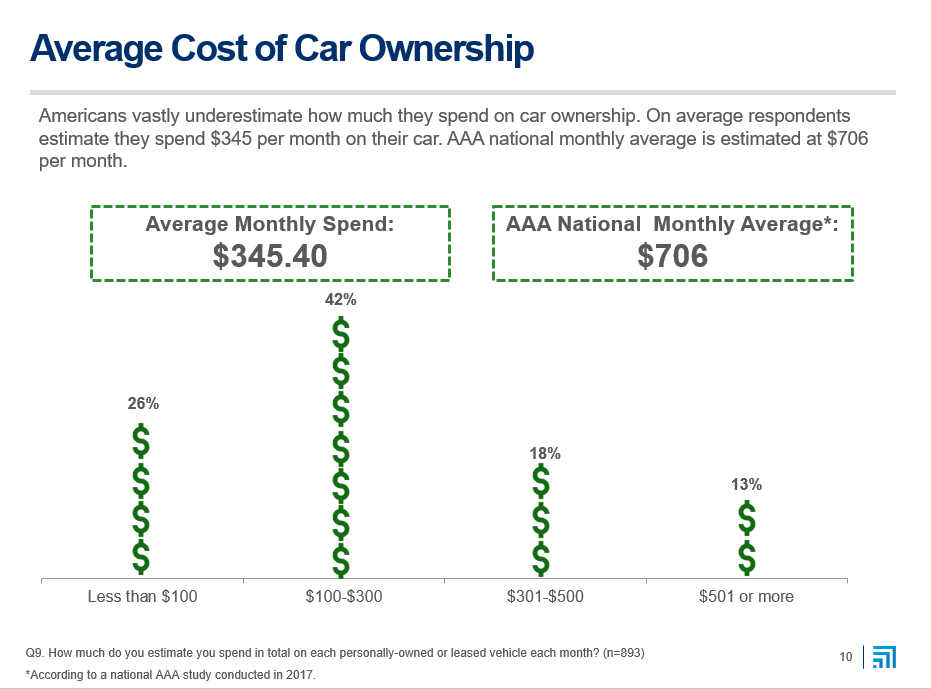