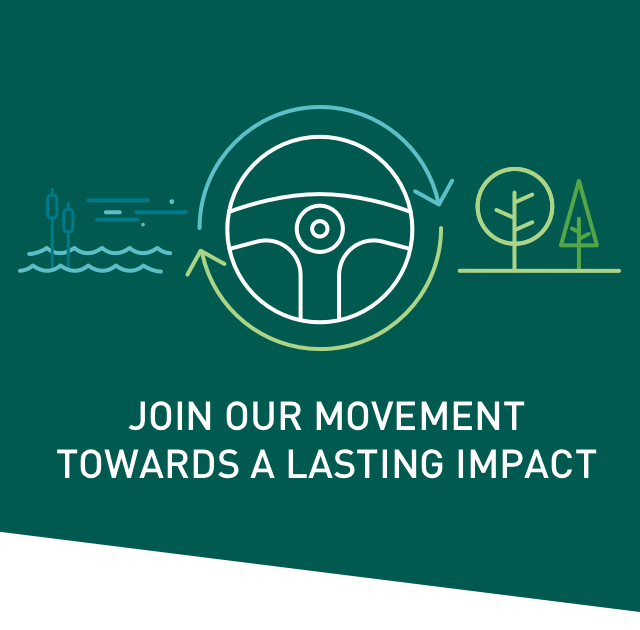 Happy Earth Month! Throughout April, we’re challenging you to adopt at least one sustainable habit that can have a big impact on our environment. Below are 6 ideas that you can quickly and easily fold into your current lifestyle to make a difference this month and beyond.

Let us know which habit (or habits) you've chosen to adopt. Tag us @zipcar and share your #StartSimple story. 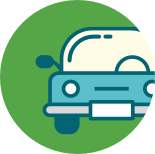 By ditching your car and using a car-sharing service (like Zipcar) when you need one, you can reduce your carbon footprint by up to 1,600 lbs per year.1 That’s the equivalent of saving nearly 32 trash bags from the landfill.2 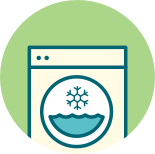 Use the cold wash cycle

If you wash 4 out of 5 loads of your laundry in cold water, you could cut out 864 lbs. of carbon emissions per year. That's equivalent to planting .37 acres of U.S. forest.3 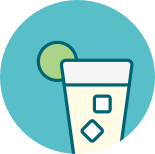 Americans use 500 million drinking straws daily, which can fill over 125 school buses with straws every day. That’s over 46,000 school buses a year!4 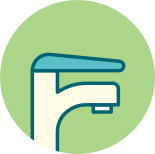 By just turning off the water while you brush your teeth twice a day, you can save up to 8 gallons of water. That’s more than 200 gallons a month, which is enough to fill a fish tank for 6 small sharks.3 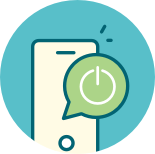 Turn off your tech

If all U.S. homes power managed computers and monitors, we would prevent more than 13 billion pounds of greenhouse gas emissions.5 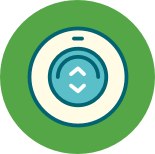 If you turn your heat down or AC up one degree, you can reduce your carbon footprint on average by 142 lbs, which is equivalent to recycling about 3 bags of trash.6

After all, taking cars off the road and creating a more sustainable future is what Zipcar is all about. And the numbers don't lie. 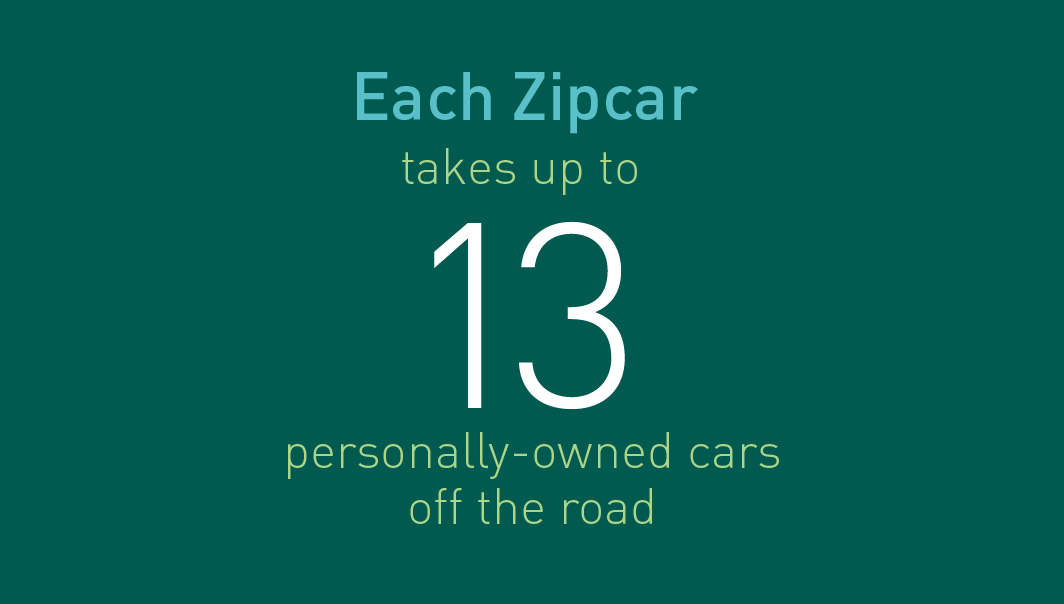 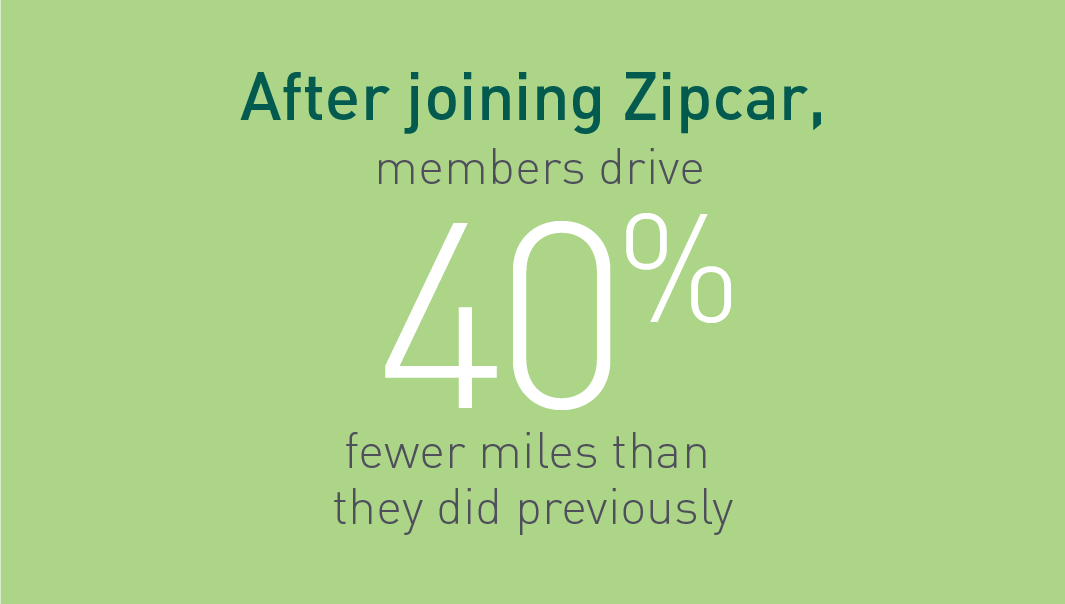 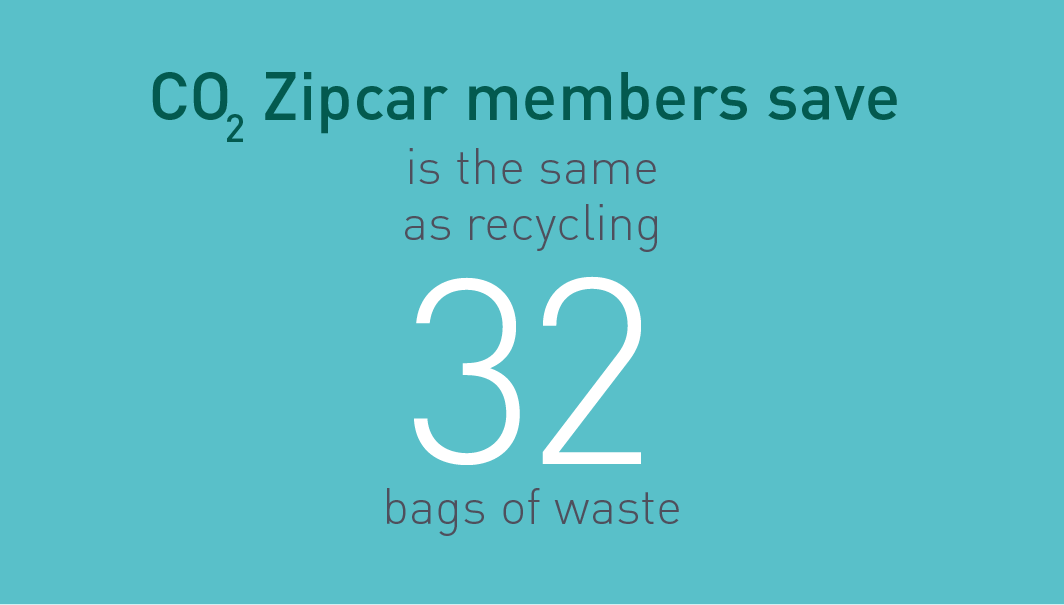 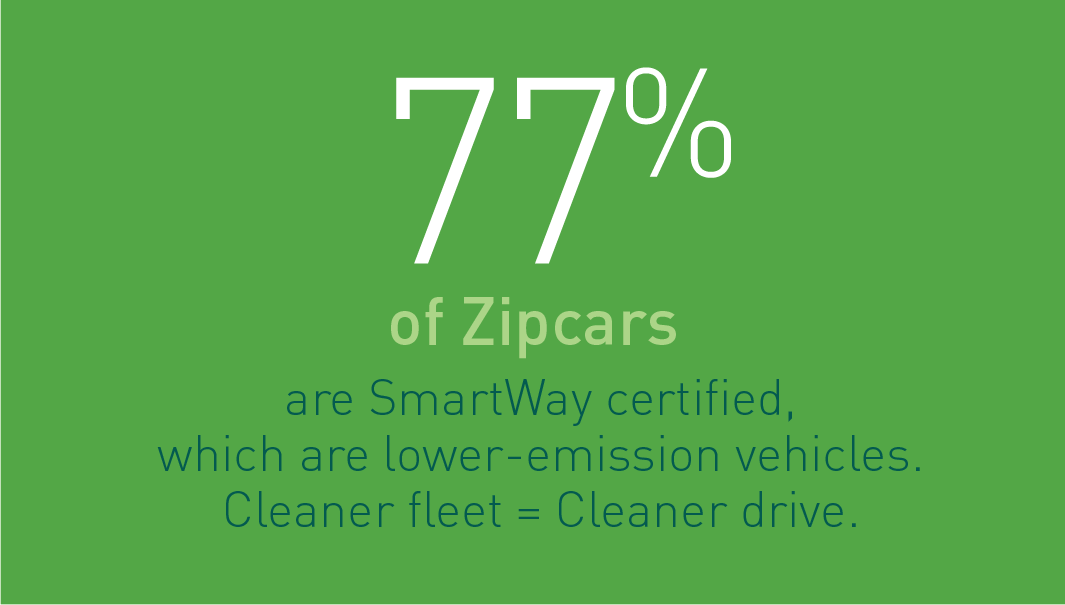 By becoming part of our car-sharing community, you’re helping take up to 13 personally-owned vehicles off the road, reducing CO2 emissions by millions of pounds. Easy, peasy.

NO PAYMENT OR PURCHASE NECESSARY TO ENTER OR WIN.  A PURCHASE WILL NOT INCREASE YOUR CHANCES OF WINNING.

2. Agreement to Official Rules.  The following rules apply to the Zipcar Driving Credit Giveaway (the “Promotion”).  By entering the Promotion, you agree to these Official Rules.

4. Promotion Entry: Entries must be received during the Promotion Period.  Entrants may enter by posting on social media how they are making sustainable changes to their everyday lifestyle inspired by Zipcar’s Earth Month challenge: www.zipcar.com/startsimple using the hashtag #startsimple.  Entries can be either written or visual. Entrants may also enter by mailing in their information to: Zipcar, Inc. Marketing, Zipcar Driving Credit Giveaway, 35 Thomson Place, Boston, MA 02210

No purchase is necessary, and a purchase will not improve the ability of an entrant to win.  Limit one (1) entry per person. If more than one entry per person is received or if any person attempts to submit more than one entry by using the same, multiple or different names or addresses, such entries may be deemed void and such entrant may be disqualified from the Promotion.  The winner must meet the eligibility requirements of Zipcar membership available at www.http://www.zipcar.com/how#faqs. Only one winner possible on multiple driver accounts. If the chosen entrant does not meet Zipcar eligibility requirements for membership, then that chosen entrant will forfeit any prize. Winners must remain Zipcar members in good standing to receive the prize, if a Winner is no longer in good standing or violates the Zipcar Membership Agreement, any remaining not yet awarded prize will be forfeited.  Winners will be chosen at random (“Winner”).

5. Eligibility: The Promotion is only open to persons who at the time of entry have reached the age of majority in their jurisdiction and are legal residents of the continental United States, District of Columbia or Canada (excluding Quebec). Employees and their immediate family members (parents, children, siblings, spouse or persons living in the same household) of Sponsor, its parent company, affiliates or agents are not eligible.  Eligibility is subject to verification.  Void where prohibited by law.  Subject to all applicable federal, state and local laws.  All Entries become the property of Sponsor.

Winners will be randomly selected and will be notified via social media on April 30, 2019.

Sponsor reserves the right to change dates. The Zipcar Driving Credit Package does not include travel insurance, local taxes, personal expenditures and other incidental costs other than any mentioned.

All prizes are subject to availability and are non-transferable, and no substitution, exchange or cash redemption of any prize, or part thereof, will be permitted, except at Sponsor’s sole discretion.  The Winners are solely responsible for all usage costs, service fees, and expenses of any type, unless specifically listed as included in a prize.  If the prize (or part thereof) is unavailable or becomes impracticable to fulfil, or in the event of unforeseen circumstances, Sponsor, in its discretion, reserves the right to substitute the original prize (or that part of the prize) with an alternative prize of equal or greater monetary value and/or specification, unless to do so would be prohibited by law.

7. Winner Selection and Notification: Winners will be selected by random number generator from among all eligible entries received during the Promotion Period.  The Winner will be notified by April 30, 2019. Decisions of Sponsor shall be based on their discretion and interpretation of these Official Rules, and are final and binding in all respects.  Winner need not be present to win.  Winners will be notified by email or such other method chosen by Sponsor.  Except where prohibited by law, potential prize winners may be required to complete and return to Sponsor an affidavit of eligibility, a liability release and, where lawful, a publicity release within the time specified in the prize notification. (Tennessee residents will not be required to sign a publicity release as a condition of winning a prize).  If winner notification or prize delivery is returned as undeliverable, or a potential winner fails to respond or return any required documents or releases within the specified time, the prize will be forfeited and Sponsor may select another winner from the remaining eligible entries.

8. General: Sponsor reserves the right to cancel or modify the Promotion if fraud, technical failures or any factor beyond Sponsor’s reasonable control threatens to impair the administration, integrity or proper functioning of the Promotion, or to disqualify any person who violates these Official Rules or attempts to tamper with any aspect of the Promotion.

9. Release:  Sponsor shall not be responsible for: (1) any incorrect or inaccurate information, whether caused by Entrant, Sponsor, or any printing or typographical errors or equipment or programming associated with or utilized in the Promotion; (2) technical failures of any kind including, but not limited to, malfunctions, interruptions, or disconnections in phone lines or network hardware or software; (3) unauthorized human intervention in any part of the Promotion; (4) technical or human error which may occur in the administration of the Promotion or the processing of entries; (5) late, lost, misdirected, misdelivered, or undeliverable entries or notifications; or (6) any injury or damage to persons or property which may be caused, directly or indirectly, in whole or in part, from participation in the Promotion or any Promotion-related activity, or receipt, use or misuse of any prize.

10. Limitations of Liability:  By entering the Promotion or accepting a prize, each Entrant agrees to release, discharge, indemnify and hold harmless Sponsor, its parent company, and each of their officers, directors, employees, affiliates, advertising agencies, representatives and agents, from and against any claims, damages, liabilities, losses or causes of action related in any way to the operation of or such Entrant’s participation in the Promotion and any other claims, damages or liabilities, including without limitation any injuries, damages or losses to any person (including death) or property of any kind resulting, in whole or in part, directly or indirectly, from Entrant’s, or its guest’s,  acceptance, possession, use or misuse of a prize or participation in the Promotion.  Under no circumstances will any Entrant be permitted to obtain awards for, and Entrant hereby waives all rights to claim punitive, incidental, consequential, or any other damages, court costs, or attorney’s fees, other than for actual out-of-pocket expense not to exceed fifty dollars ($50.00).  If for any reason an Entry is confirmed to have been erroneously deleted, lost, or otherwise destroyed or corrupted, Entrant’s sole remedy is another Entry in the Promotion, if available.

11. Disputes:  Except where prohibited by law, by entering the Promotion, each Entrant agrees that: (1) any and all disputes, claims and causes of action arising out of or connected with the Promotion or a prize shall be resolved individually, without resort to any form of class action, and exclusively by the state or federal courts located in the United States of America (2) under no circumstances will any Entrant be permitted to obtain awards for, and each Entrant hereby waives all rights to claim punitive, incidental, consequential, or any other damages, court costs, or attorney’s fees, other than actual out-of-pocket expense not to exceed fifty dollars ($50.00); and (3) any and all claims, judgments, and awards shall be limited to such actual out-of-pocket costs incurred, including costs associated with entering the Promotion, not to exceed fifty dollars ($50.00).  Entrant expressly waives any right to claim or recover attorney’s fees or court costs.  All issues and questions concerning the construction, validity, interpretation, and enforceability of these Official Rules, or the rights and obligations of any Entrant and Sponsors in connection with the Promotion, shall be governed by, and construed in accordance with, the laws of the State of California without giving effect to any choice of law or conflict of law rules which would cause the application of the laws of any jurisdiction other than the State of California.

13. Publicity: Except where prohibited by law, participation in the Promotion constitutes the winner’s consent to the Sponsor and its agents use of winner’s name, likeness, photograph, voice, opinions and/ or hometown and state for advertising and promotional purposes in any media, worldwide, without further payment or consideration, in perpetuity, without notice or review or approval.

14. Your information:  Each Entrant agrees that his or her personal data provided in connection with the Promotion, including name and address, may be processed, shared, and otherwise used for the purposes and within the context of the Promotion, including the purposes outlined in these Official Rules.  Entrant also agrees that Zipcar may maintain his or her personal data for marketing or other internal purposes.  Information collected in connection with the Promotion will be collected in accordance with Zipcar’s Privacy Policy, available at https://members.zipcar.com/site/privacy. By participating in the Promotion, each entrant agrees to the terms of Zipcar’s Privacy Policy.

15. Rules Request: To receive an additional copy of these Official Rules, send a self-addressed, stamped business-size (#10) envelope, within six months of the Promotion, to: